I admit that the previous 11 mile run mentally messed with my head.  It was my first bad long run since I returned to training in September.  Who knew that a one mile increase would tip the scale that much; but it did.  Everyone I talked to about this said pretty much the same thing,  “Sometimes you just have a bad run.  You do all the right things, but sometimes it is just beyond your control.  You just have to get past it and move forward.”

A co-worker of mine mentioned last week the wonders of compression tights.  She said that it helped her complete, as well as recover, from her run at the DRC (Dallas Running Club) Half Marathon.  The day after my bungled run I  decided to pick up a pair.  I got a really nice pair of CW-X Insulator Stabilyx tights.  I tried them on a couple of my shorter runs, and my legs felt really great!  It at least gave me another weapon to try to use to get past that 11 mile wall. 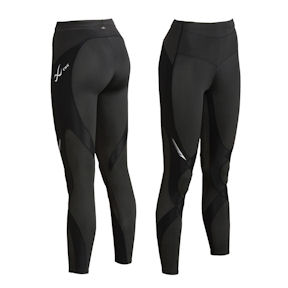 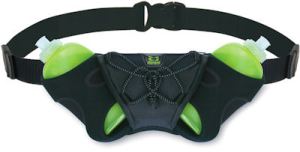 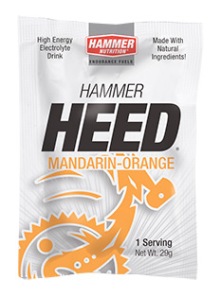 I did not want to bonk AGAIN!

I set back out last Saturday to run the last major long run of my training; 12.5 miles.  This was as close to running a half marathon as I was going to get.  If I could not run this, I would be even more self-conscious about my big day.   I was apprehensive right up until I started driving to White Rock Lake.  I decided to pop in a cd, and get myself pumped up, complements of Semi Precious Weapons.

It just took three songs, and a repeat of track one, to get my head in the game. I parked and grabbed my gear and hit the running trail. Right before I ran I posted to Facebook, “…12.5 miles – you are my bitch!”  It did not take long for me to realize that it was quickly becoming truth.

I only had to stop a couple of times to adjust my problematic shoe.   For some reason my left foot is hell-bent and determined to slip down into my shoe.  It is just enough to throw it off of the arch support, and cause pressure points to be hit on all the wrong spots on my toes and under my foot.  I have been working on ways to stop this but it remains a constant battle.  These are the exact same model of shoe, as the ones I have been running in all along.

Besides the stopping to re-tire or adjust the shoe, I did great on the run.  I was able to stay hydrated, and ate a gel pack every 3 miles.  I even refilled one of the bottles with water, to make sure I had fluids on me for the long haul.

The run took me up one side of the lake, and up the White Rock Trail which goes north up to the N. Dallas area.  I didn’t run that far up; only a couple of miles.  I saw people horseback riding, dodged horse poop on the trail with grace, waved at a nice homeless guy who was sitting by the creek, and just had a nice time taking in some new scenery.

I didn’t experience the massive amounts of stumbling that I encountered the week before; only a small amount, but I focused on my form enough to dampen that.

Yeah I passed that 11 mile wall and kicked it down as I went though it! 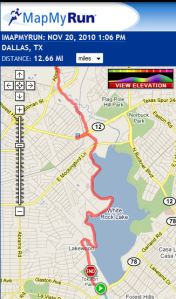